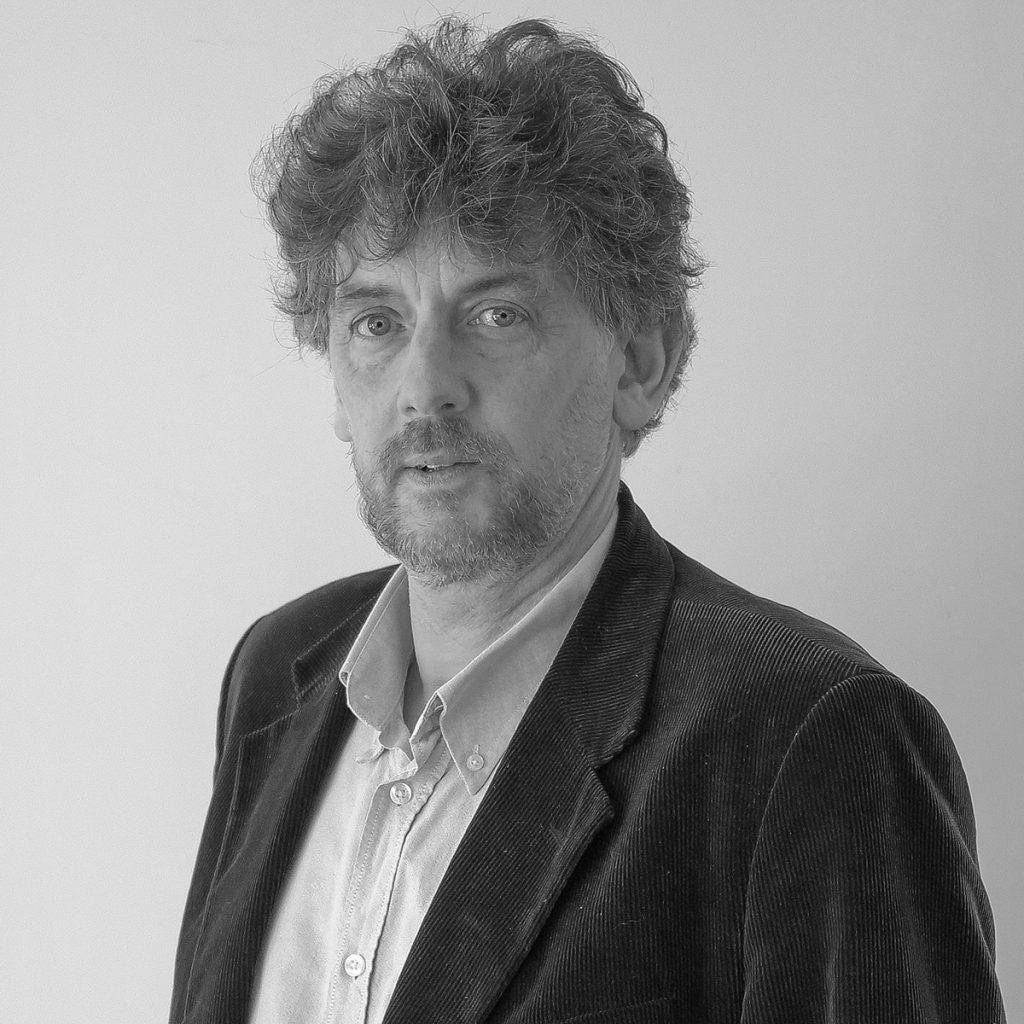 formigueiro@mail.telepac.pt
Martin Dale is a professor of undergraduate and master’s degree courses in Communication Sciences at the University of Minho since 2011, responsible for audiovisual and multimedia course units. In parallel with his teaching service, he is a managing partner of the audiovisual production companies, Formigueiro – Conteínios Digitais Lda -  and Sombra Chinesa Unipessoal Lda, as well as a journalist for Variety magazine. He has worked as an expert for the European Commission in the Horizon 2020 programme. Between 1997 and 2000 he worked as an advisor to the President of Portugal’s Institute of Cinema, Audiovisual and Multimedia and in 2009 completed a strategic study on the Portuguese film industry for the Minister of Culture, José António Pinto Ribeiro. In 2020 he completed his PhD in Communication Sciences at the University of Minho with the thesis “The Dream Machine: moving beyond the dichotomy between genre and auteur cinema”. He has a BA Hons. degree (1984) and a master’s degree (1991) in Politics, Philosophy and Economics (PPE) from Balliol College, University of Oxford. Between 1985-87 he was a Thouron Scholar at the University of Pennsylvania where he pursued studies in the master’s course in Communication at the Annenberg School of Communications. In 1991 he was a Laureat of the Académie Carat in Paris, a professional research and education programme.
Moisés Lemos Martins Meet
Utilizamos cookies para assegurar que lhe proporcionamos a melhor experiência no nosso site. Pode consultar a nossa Política de Privacidade
GERIR ACEITAR